The biggest and most significant necropolis in Crete is located on the hill Fourni, 2 klm north of the village of Archanes. The excavations in the area brought to light the burial architecture and habits of the Minoans. Most of the 26 buildings found there had funerary use. Dome-shaped graves worked into the rock or pit-like ones.
The importance of the site is emphasized by the long period of use, from 2400 BC until 1200 BC, and by the objects that were found in the un-looted tombs. In the tomb of the Mycenaean princess-priestess, golden rings, necklaces, a mirror, bronze objects, an ivory footstool and also the skeletons of a sacrificed bull and a horse were discovered. 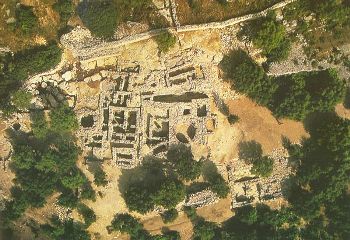 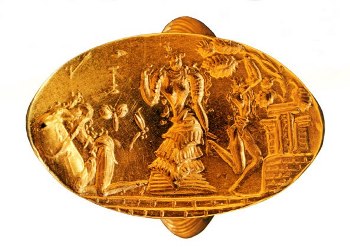