Dikti cave is located near the village of Psychro at an altitude of 1023m, overlooking the Lassithi plateau. This is the cave where according to Greek mythology Zeus, the father of the Greek gods, was born. Zeus was hidden in this cave by his mother Rhea, in order to protect him from his father Kronos, who ate all his children because he was afraid of losing his throne. After giving birth, Rhea entrusted Zeus to the Nymphs, who brought him to Ideon Andron.
The Dikti cave is filled with stalagmites and stalactites and was an important place of worship in the Minoan period. Altars, idols, weapons, tools, pottery, jewels and several votive symbol that were found here indicate that Dikti cave was a shrine to Zeus.
The cave is open to visitors. The descent is quite easy although slippery at some spots. 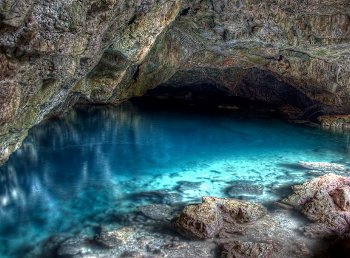 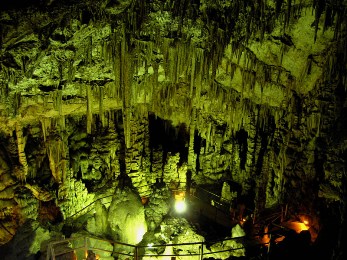