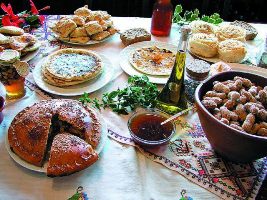 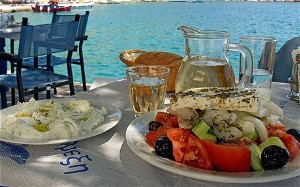 Already from the ancient times of Minoan civilization the inhabitants of Crete seemed to be aware of the value of food like olive oil, olives, green vegetables, herbs and many other products that are found in the Cretan fertile soil.

The traditional Cretan cuisine is simple and based on the unbelievable variety of local Cretan products. It is not only the unique taste and quality products but also their combination, which gives an enormous nutritional value that can be found in every Cretan dish. A comparative study which began in 1960, concluded in 1986 that as a result of their diet, Cretan people suffered notably fewer deaths due to heart attacks, various forms of cancer and other diseases. The main reason for that is the island's olive oil, produced in vast quantities in Crete and being the basic ingredient in most of the dishes.