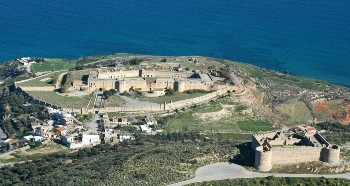 Crete has to offer some of the most incredible archaeological sites of all time such as: Knossos, Festos, Malia, Zakros and a lot more of minor importance such as: Agia Triada, Anemospilia, Aptera, Eleftherna, Fourni, Gortys, Gournia, Itanos, Lato and Vathypetro.
The archaeological site of Knossos, the major centre of the Minoan civilization, which was excavated by Arthur Evans, is said to be the second more significant after Acropolis in Athens.
Systematic archaeological excavations on the island have brought to light evidence that proves the existence of life in Crete as early as 6.000 B.C.