Aptera was founded in the Geometric period, 230m up on a hill, overlooking Souda bay in Chania prefecture. Aptera was one of the most important city-states in western Crete. It reached a peak in the Hellenistic period, with intense commercial and political activity, and it continued to be an important city during the Roman and first Byzantine periods.
A vaulted three-sectioned huge cistern held water to feed the roman baths that cover the site. Other ruins worth seeing are the city walls built with enormous stones, a small roman theatre, bathhouses and other communal areas from the time of the roman occupation and the monastery of Saint John. 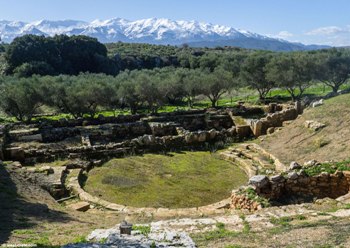 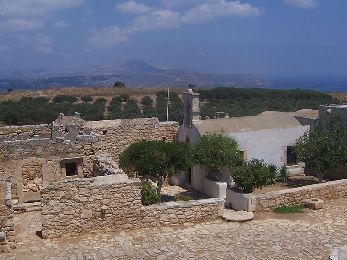