Information on the island of Crete is provided here.

You can find out about the island's geography and places of interest, its rich history and culture along with some useful material that might be helpful during your stay in Crete.

Malia is the ideal resort for family holidays and the perfect place for those who are looking for extreme nightlife. As strange as it may sound it is true because Malia is "divided" into two main areas: The old town with its narrow, winding alleys, the numerous small whitewashed churches and the cozy restaurants on the south above the main road.

On the other side towards the beach, is the focal point of nightlife. A road 2km long filled with bars and clubs that stay open all night long and are full of young people having fun. The Minoan palace of Malia, built around 1.900 BC, is the third most important of the Minoan civilization. A beautiful,long,sandy beach lies on the east. The fishing village of Sissi is nearby and the road that leads to Lassithi plateau can be reached through the old village of Malia. 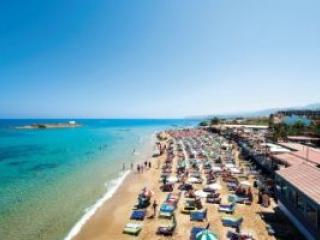 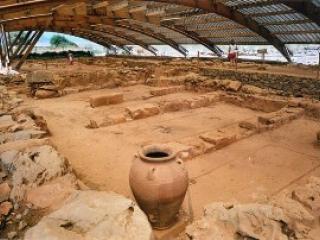 The prefecture of Heraklion is the biggest on the island and is surrounded by Ida mountains and Lassithi mountains. The prefecture's capital, Heraklion city, is the island's capital since 1972. South of the city of Heraklion lies Knossos, the most important Minoan palace in Crete, and a little bit further on the foothills of mount Jouchtas, one can find Archanes, the wine making centre and around this area many archaeological sites with important findings such as Vathipetro mansion and Fourni cemetery.

The Minoan palace of Phaestos and the Greek-Roman city of Gortys are some more sites with remains of a glorious period for Crete. Not far from there, is the picturesque village of Zaros and the starting point of Rouvas gorge. Many tourist resorts can be found in Heraklion. Some of them are: Hersonissos and Malia, on the east, Agia Pelagia and Fodele, the birth-place of El Greco, on the west and Matala, Kamilari and Komos on the south. 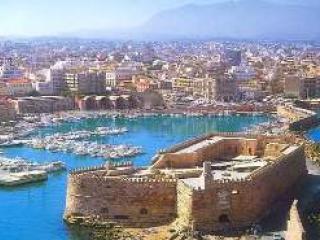 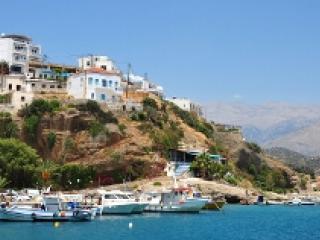 Lassithi is the easternmost prefecture of Crete. Agios Nikolaos, the capital of the prefecture is a cosmopolitan, coastal town on Mirabello bay.

Kritsa is an interesting traditional village near Agios Nikolaos and Spinalonga, the fortified island is a place that cannot be missed.

30klm on the west of Agios Nikolaos lies the quiet, traditional resort of Sissi, that has developed in the last few years.

Surrounded by Dikti mountains is Lassithi plateau with its 7000 windmills and Dikti cave, the birthplace of Zeus, lies just above Psichro village.

On the eastern tip of Crete, lies Vai, the famous palm beach and the town of Sitia is very near. Around this area one can find the archaeological site of Kato Zakros and Gournia, and a visit to the monastery of Toplou, with its fine frescoes will complete a day of exploration.

On the south of the prefecture is the picturesque town of Ierapetra and opposite the tropical island of Chrissi. 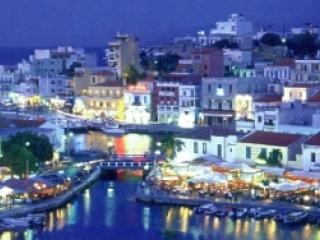 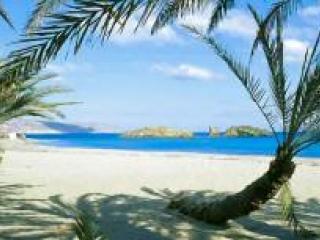 The prefecture of Rethymno lies between two large mountain ranges, the White mountains and Ida or Psiloritis. The town of Rethymno is the capital of the prefecture, a picturesque town with venetian and turkish elements and a magnificent old harbour.

The most popular resorts in this area are Panormos, a flourishing small town near Rethymno town and Bali, situated on the north coast. Plakias and Agia Galini are two favourite resorts on the south coast of Crete.

For a more traditional approach of the island one could visit Margarites, the pottery centre of the province, Argyroupoli and its picturesque waterfalls and Melidoni cave. On the north hill of Ida mountains is Anogia, the traditional village, famous for its struggles for freedom during the turkish occupation and Nida plateau just above.

The ancient town of Eleftherna, Sivritos, Axos, and the Armeni cemetery are some of the archaeological sites that can be found in Rethymno. A visit to Arkadi monastery, famous for the 1866 sacrifice of its defenders is a must and the monastery of Preveli can not be missed. 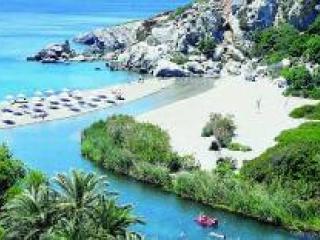 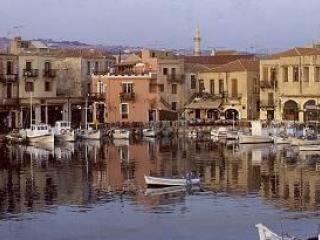 The prefecture of Chania occupies the west section of the island. It's a mainly mountainous region with the White Mountains rising just behind the city of Chania, but it is also a picturesque place characterized by sandy beaches. There are many different things to see in Chania but some places cannot be missed. The one and only fresh water lake of Crete, Kournas is near the cosmopolitan resort of Georgioupolis, on the north coast.

The Samaria gorge, the longest and most impressive gorge in Europe, starts in the White mountains and ends in Aghia Roumeli, the small fishing village on the south coast of Crete. During your tour of the prefecture of Chania you cannot miss the ancient monasteries in akrotiri,a penisnula only 15 klm away from the city of Chania.

The south coast of the prefecture is rich in sandy and quiet beaches, like Frangocastello, the beach with the Venetian castle, Paleochora, a place that offers tranquility and Sougia the long sandy beach that is not overcrowded yet. Loutro, is a charming coastal village that is reachable only by sea and Chora Sfakion is a traditional village, where you can learn about the glorious local traditions and listen to authentic Cretan music.

On the west coast of Chania the tropical beaches of Falasarna and Elafonisi can be found, along with the monastery of Chrisoskalitisa. 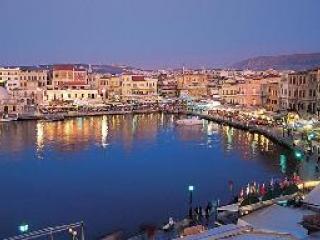 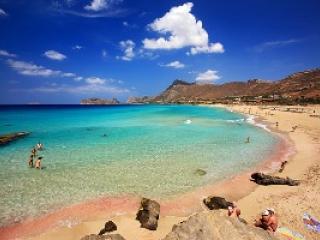 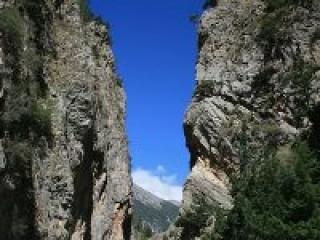